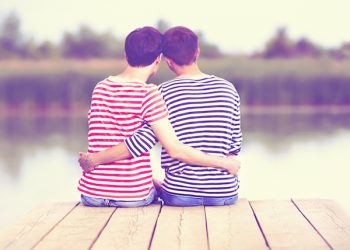 It’s that time of the year when couples show their love for each other by sending cards, flowers and chocolates. But Valentine’s Day is not only about public displays of affection: in recent years it has also become big business. In the UK alone, more than 20 million pounds is spent on flowers, whilst in the United States over 1 billion dollars is forked out on chocolates.

Although Valentine’s Day has become a global industry with more than 80 million roses sold worldwide, the origins of the day are unclear and hidden inthe mists of time. Nobody knows exactly who St Valentine was, although some historians suggest he was a Romanmartyred in the third century AD by a Roman Emperor. It is said that the first recorded Valentine’s card was sent by the imprisoned Duke of Orleans in 1415. It is believed that he sought solace from his confinement by writing love poems to his wife.

Valentine’s Day, or its equivalent, is now celebrated in many countries around the world. However, the traditions often differ from place to place. In Japan, for example, it is customary for the woman to send chocolates to the man, whilst in Korea April 14th is known as ‘Black Day’ and is when the unfortunate men who received nothing on Valentine’s Day gather to eat noodles and commiserate with each other.

Technological developments have also played their part in keeping Valentine’s Day relevant in the 21st century. Valentine’s e-cards have been all the rage in recent years. However, internet security experts urge web users to be wary as malicious hackers could use e-cards to spread viruses and spyware.

Valentine’s cards can also be used for less than romantic purposes. Police in the UK city of Liverpool sent Valentine’s cards to criminals who failed to appear in court or have not paid fines. The cards contained the verse, ‘Roses are red, violets are blue, you’ve got a warrant and we’d love to see you’. Who says romance is dead?

Practice your new love language with Philip your skypeclass Teacher.