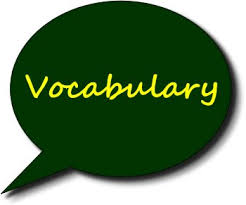 Water is one of the most important substances on earth. All plants and animals must have water to survive. … Apart from drinking it to survive, people have many other uses for water. Learn new words below to help you understand more about water and practice new words with your skypeclass Teacher Philip. The National Geographic has a great article about our use of water.

waterproof
material which does not absorb water or is not affected when it is immersed in water
You can’t go out in just that light jacket. It isn’t waterproof at all. You’ll get soaked!

waters break
when liquid from around a pregnant woman’s baby flows out of her body because the baby is about to be born
They were in the supermarket when her waters suddenly broke and they had to rush her to the hospital in a taxi. And just two hours later she was the proud mother of twins!

running water
water which comes out of a tap or which is supplied to a house by pipe
Since the storm, we haven’t had any running water. We’ve had to buy bottled water for cooking.

waterfall
where water flows over a very high cliff or rock and down to another level
We had a lovely holiday in Canada. One of the best days was when we went to see Niagara Falls. The waterfalls are incredibly loud but they look so impressive.

water pistol
a toy gun that you can fill with water and then spray other people with water
When we were young we loved filling our water pistols on a hot summer’s day and soaking each other with them.

water polo
a team sport played in a swimming pool. A team has six players and one goalkeeper. The winner of the game is the team that scores more goals
Do you know you have to swim almost all the time during a water pologame and you can’t touch the sides or bottom of the pool?

tread water
float vertically in water by moving your legs and arms up and down
After the plane crashed into the ocean, they managed to stay alive by treading water and waiting for the rescue workers to find them.

tread water
not be advancing in any way
He seems to be treading water in that job. He’s been in the same position since he joined the company three years ago.

turn on the waterworks
start crying in order to make someone feel sorry for you
As soon as the teacher caught her cheating in the test, she turned on the waterworks. But it did no good. She still failed the exam.

water under the bridge
problems that someone had in the past that they don’t want to worry about now because they happened a long time ago and can’t now be changed
We almost split up when we were first going out because he said his career was more important than settling down with me but that’s water under the bridge now. We’ve been happily married for almost 25 years now!